The Sompe River and its two cirques

The Sompe is a river that rises in Lagorce, located not far from Vallon-Pont-d’Arc. A tributary of the Salastre river, which itself flows into the Ibie, the Sompe is a partially underground stream. Impressive when it is full of rainwater, it is barely visible in dry weather. Nevertheless, over time, it has carved two cirques in the stone, which form the Gour de la Sompe. These circuses were formed following the collapse of a cave. This cave is said to be the exit of the underground river of the Sompe in the heart of the cliff. Also known as the “Devil’s Hole”, the Gour de la Sompe is a magnificent site comprising a double cascade successively about 12 metres high. These two ephemeral waterfalls only flow in winter and spring and during heavy rainfall in late summer and autumn. Swimming is not allowed.

A nice hike to do at Gour de la Sompe


Ideal for a walk, the Gour de la Sompe is easy to find. Put on good shoes, don’t forget your water bottle and go for a hike. Several circuits are possible, including a loop of about 13 km for 4 hours and 20 minutes of walking of medium difficulty. From Lagorce, climb to the chapel of Notre-Dame d’Ajude. Cross the stream of Notre-Dame d’Ajude and walk to the Pertus de Fabria. Follow the yellow and white markings for a while and then take a path leading to a viewpoint on the Ibie cliff. Retrace your steps before turning right onto a main road. Then turn left onto the royal road and turn right. This leads down to the stream with green markings on the ground. Continue ahead and take the path down to the stream. Turn left and then right. You then arrive at the Gour de la Sompe. This is an opportunity to admire the atypical landscapes of the place. Then join the Départementale 1 and cross the bridge then take the Bouchet road and head towards the cemetery before returning to the car park at the starting point.

How to reach the Gour de la Sompe ?

Starting from Lagorce, take the departmental road 1 towards Voguë. After the two sharp bends, turn right towards Les Sihols and Labeaume. At the intersection, continue towards Labeaume. Park your vehicle near the bridge where you will arrive just before the village of Labeaume. Continue on the path to the right after this bridge. The path follows the riverbed to the Gour de la Sompe. The access is steep, so be careful. During the summer season, the most athletic should be able to reach the Gour de la Sompe by going up the river from its junction with the Salastre at a place called Chadeyron, on the edge of the Departmental Road 1. 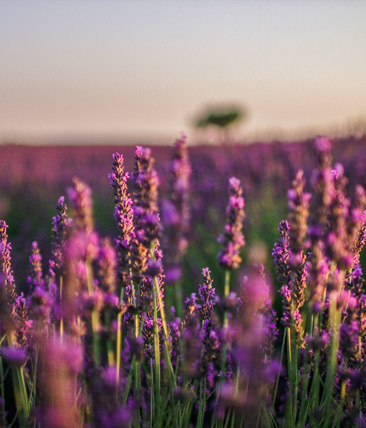 Discovering the House of Lavender 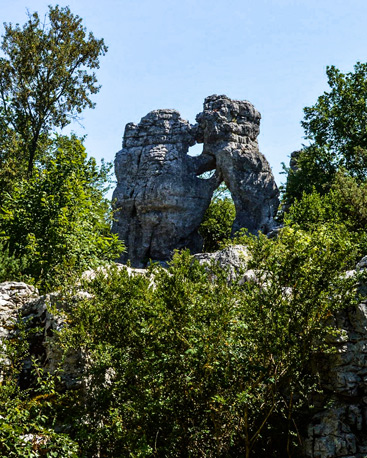 Païolive Wood
by the way